How Is A Key Opinion Leader (KOL) Different From An Influencer?

Millions of people are flocking to influencers’ creative, entertaining, and aesthetically-pleasing content. It’s a goldmine for brands, too: nearly 90% of marketers say influencers are equal to or better than their other marketing channels.

Why? It comes down to trust. 92% of shoppers trust influencers more than paid ads (no surprise there).

But with influencer marketing on the rise, what’s going to set your business apart? How can you be competitive if everyone is hiring influencers to promote their products?

65% of brands are increasing their influencer marketing budgets, and businesses are looking for even more bang for their buck.

If you haven’t heard of a KOL before, it’s a must-have for innovative, effective influencer marketing that actually gets results.

What does KOL stand for?

Never heard of KOL marketing before? Unless you’re on the bleeding edge of influencer marketing, it’s probably new to you.

A KOL is a leading expert in their field or industry. These are folks with opinions that carry a lot of weight.

And no, that’s not people like the Kardashians. We’re talking about real-world experts like doctors and lawyers.

These experts are so expert that it’s not uncommon to find them as professional witnesses in court.

We like to call KOLs the anti-influencer influencers. Seriously.

They have influence, but many KOLs don’t claim to be influencers at all. 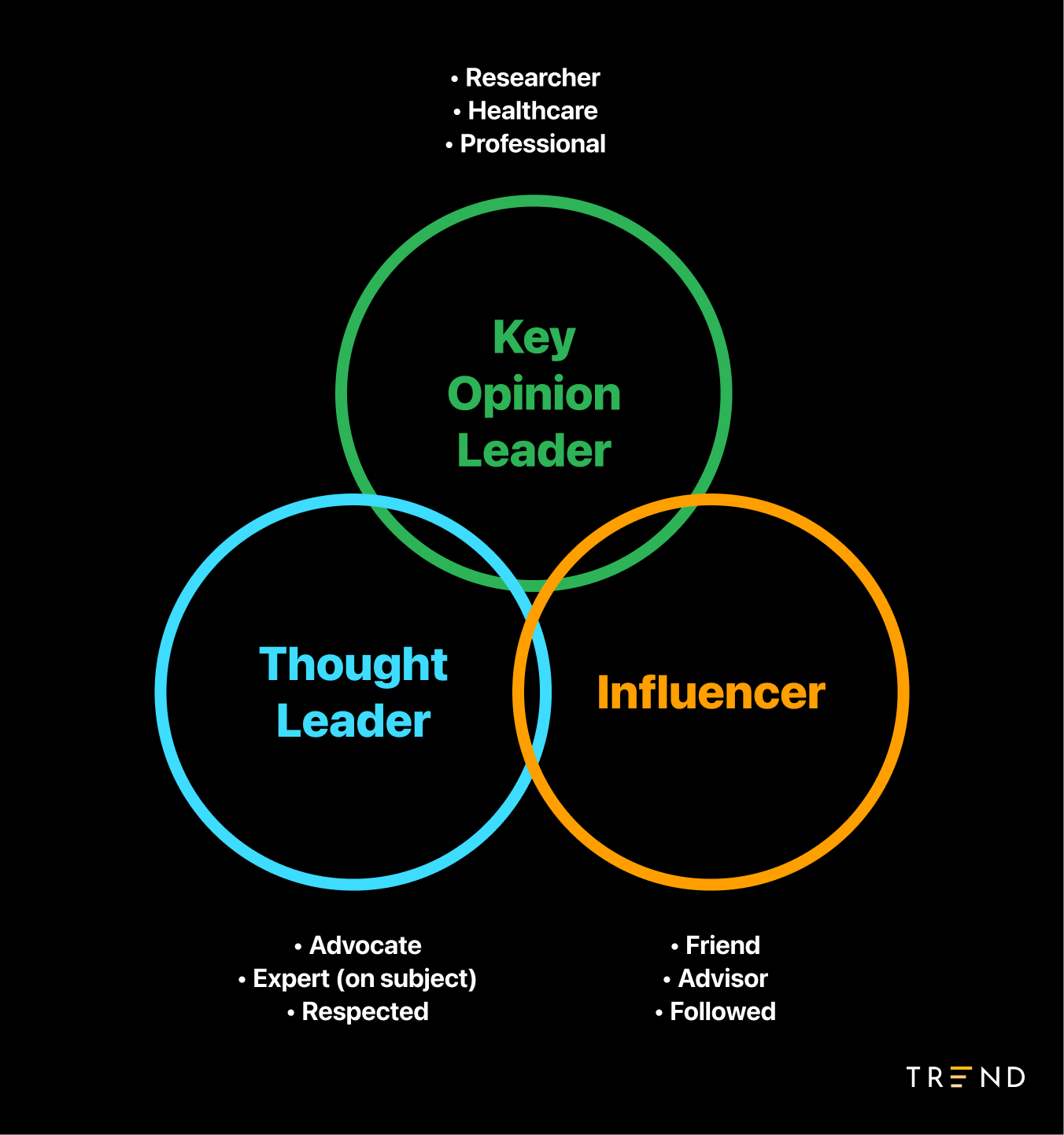 The purpose of a KOL isn’t to become an influencer; they’re a trustworthy professional in their field, and that’s where their focus is, not on TikTok.

On the brand side, this is like hiring a doctor or dentist to promote your product in a commercial. Only this time, instead of a commercial, you’re tapping this pro for digital marketing.

And KOLs have a big, fat effect on your campaigns, too:

Word of mouth marketing is a natural effect of hiring influencers for your marketing. But when you combine that with a KOLs expert opinion, magic happens.

It’s the difference between hearing your friend promoting a deodorant and a doctor endorsing it. You trust both, but the doctor’s opinion probably holds more weight, right?

Did you know that the world of marketing is split in half?

In the West, we have influencer marketing as we know it. These are the influencers on Instagram, social media, and search engines.

But in the East? KOL marketing is all the rage.

In fact, KOL marketing originated in China. They had the perfect storm of factors that contributed to its influencer market, which was worth over $15.5 billion in 2018.

Unlike in the West, only three main companies control the majority of social media, eCommerce, and digital payments in China.

These companies are highly integrated too, giving consumers a seamless transaction experience and providing a big boost to social commerce.

Why are KOLs so big in China?

In China, KOLs have become go-to's for consumers. You just don’t really spend money on new items unless you heard about it through a key opinion leader.

Here are the big reasons why KOLs are key for Chinese consumers:

Scandals and safety issues have made Chinese shoppers wary of trusting brands. It’s not uncommon to ask friends and family for recommendations first.

That means companies have to rely instead on KOLs to target certain audiences.

3 - China is oversupplied with products

There is a lot available to buy in China. Like a lot, a lot.

They have tons of domestics brands and many of the Western brands that the world is accustomed to.

Combine those many choices with ads and it makes purchasing decisions very difficult. So consumers turn to KOL recommendations to help decide what to purchase.

The social media landscape in China

Most of the world’s most popular social media platforms were created in the West.

So you might be shocked to learn that China actually has the most developed social media ecosystem.

While the West is steadily evolving in influencer marketing and eCommerce, China is on another level.

In China, social commerce and influencers are seamlessly blended together.

Influencers can even target certain keywords to get more impressions and many search engines account for followers, comments, and shares when ranking content.

Influencers and KOLs are also evolving in China. Some have even started their own creative studios and are disrupting traditional advertising. They are picking up writers, photographers, and videographers as TV and print media fall.

Influencers and KOLs in China are groomed

KOLs are so important in China that they even have influencer incubators. Yes, this is a real thing. China actually has businesses that create and groom people to become KOLs.

China’s largest incubator is Ruhnn, which is backed by Alibaba and Lenovo.

How Ruhnn creates influencers with incubators

Ruhnn’s influencer incubator is no joke. The influencer management company is so big that they launched a $125M IPO in April 2019.

Ruhnn’s process for finding and scaling influencers is extremely detailed and developed.

Talent scouts from Ruhnn will first identify amateur creators who have over 5,000 followers and have the potential to scale.

During this process, they might look at 800 profiles in a month. Any creators considered will have to complete a series of tests, including identifying best-selling products from 100 pictures.

Ruhnn doesn’t stop there to make sure creators have selling potential though. They also spend about $280 per profile to bring in about 10,000 people to each account.

If they stick around and follow the creator, this shows that the creator has high selling potential.

Even though they evaluate 800 profiles a month, Ruhnn will only offer contracts to about 5-10 of those 800 creators.

Ruhnn will then train their new KOLs for four months in content creation and product-selling.

Do the incubators really work?

The short answer is yes, they really do work!

For the creators that do get selected, being a part of the incubator can transform their life.

Take a look at Zhang “BB” Xi. Before joining Ruhnn, she about 300,000 followers combined through her social media accounts.

Although though her audience was big, it was very difficult for her to break through as a key opinion leader.

After going through Ruhnn’s program, Xi gained over 700,000 followers.

Ruhnn has been successful at grooming influencers and key opinion leaders from day one.

Even their earliest investments paid off big time.

Dayi Zhang, Ruhnn’s first investment, was able to sell over $145M worth of product through her eCommerce store.

And although KOLs are all the rage in China, they’re still a relatively new concept in the West.

If you’re competing with folks across North America, hopping on the KOL train early can get you ahead of the curve.

Some KOLs are influencers, and some influencers are KOLs. But the terms aren’t actually interchangeable.

There are 2 big differences between influencers and KOLs. Understand their differences to tap the right person for your next campaign.

1 - Their source of fame

Influencers and KOLs also differ in how they actually became famous.

KOLs often get their start in traditional media like books, news, and interviews. They build a reputation based on their knowledge and expertise.

Because of that, KOLs usually have local notoriety because they aren’t promoting themselves online.

Influencers, though? They’re famous globally because of their content.

Influencers became famous because of the internet. All of their influence comes from social media, unlike KOLs, who are influential because of their profession.

To put it simply, influencers are here because of social media. Anybody can create an IG account and become famous, but it doesn’t make them a KOL.

See the difference? Social media gives a boost to KOL, while it’s the lifeblood for an influencer. 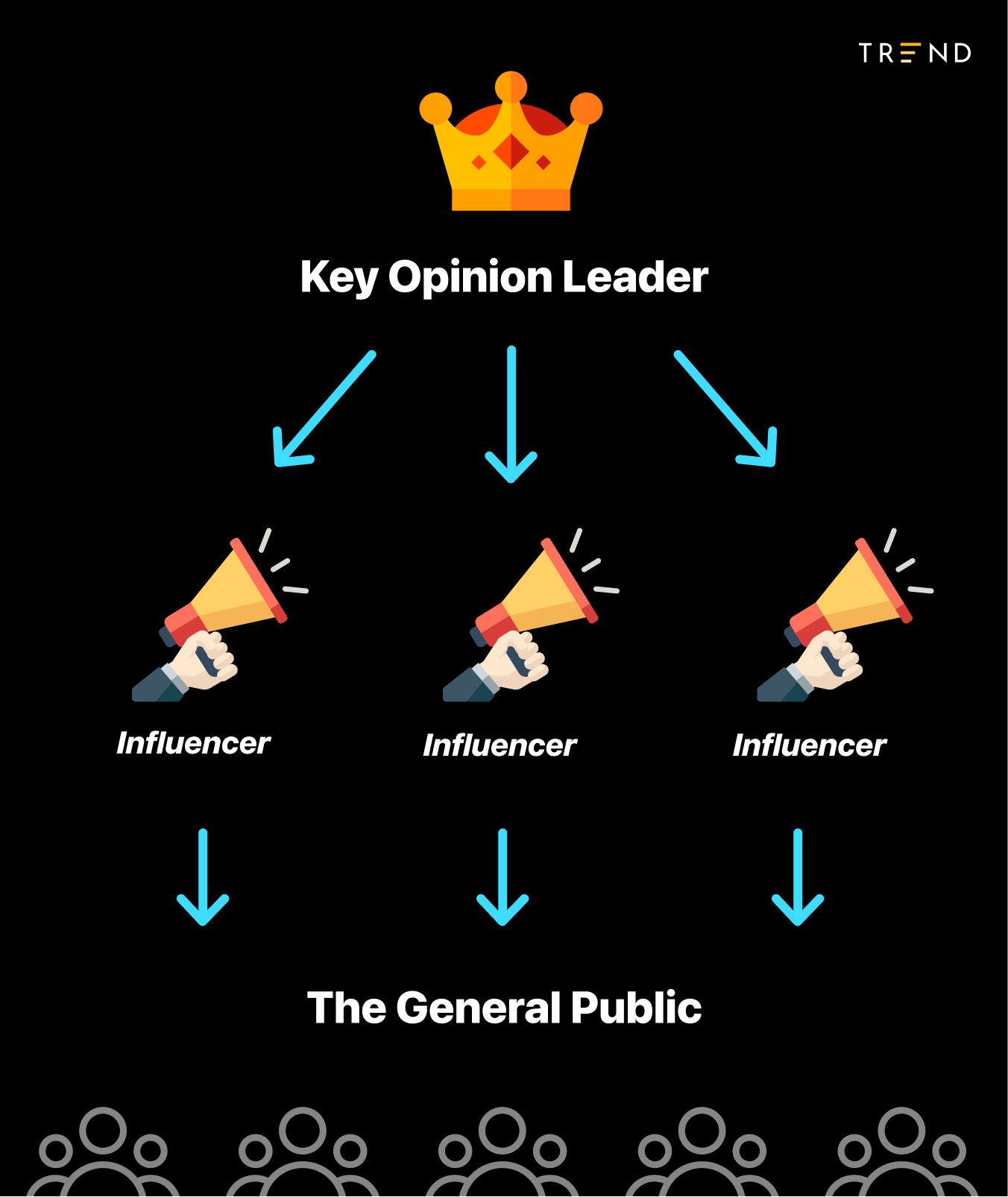 Here’s the thing about KOLs: they’re freakin’ busy. They’re out there changing the world; they don’t have time to dive headfirst into the comment section of Instagram.

While 87% of KOLs use their smartphones for work, only 58% are online more than 4 times a day for professional purposes.

KOLs are different than influencers because they work full-time in their profession. Influencers spend their time online making content.

Because influencers live and die by their followings, they’re managing comments like crazy throughout the day. It’s not uncommon for them to be engaging with their followers all day.

But KOLs aren’t online as much. Even if they do have a robust online following, we guarantee that they’ve hired a social media firm or assistant to deal with it for them.

That has implications for your brand marketing, by the way. If you want someone who’s engaging with users in the comments section, you might be better served by an influencer instead of a KOL.

Okay, so you get the differences between KOL marketing and influencer marketing. How can you put KOLs to work for your brand?

Follow this quick guide to inform your KOL strategy for social media.

Step one - Set your campaign goal

Hey, this is still marketing: we have to start by choosing our campaign goal.

Because influencers have a broader reach and less-specialized knowledge, they’re better for awareness campaigns.

But if you want to push for more engagements and sales, you can lean on a KOL’s expertise to push awareness-stage customers to buy. 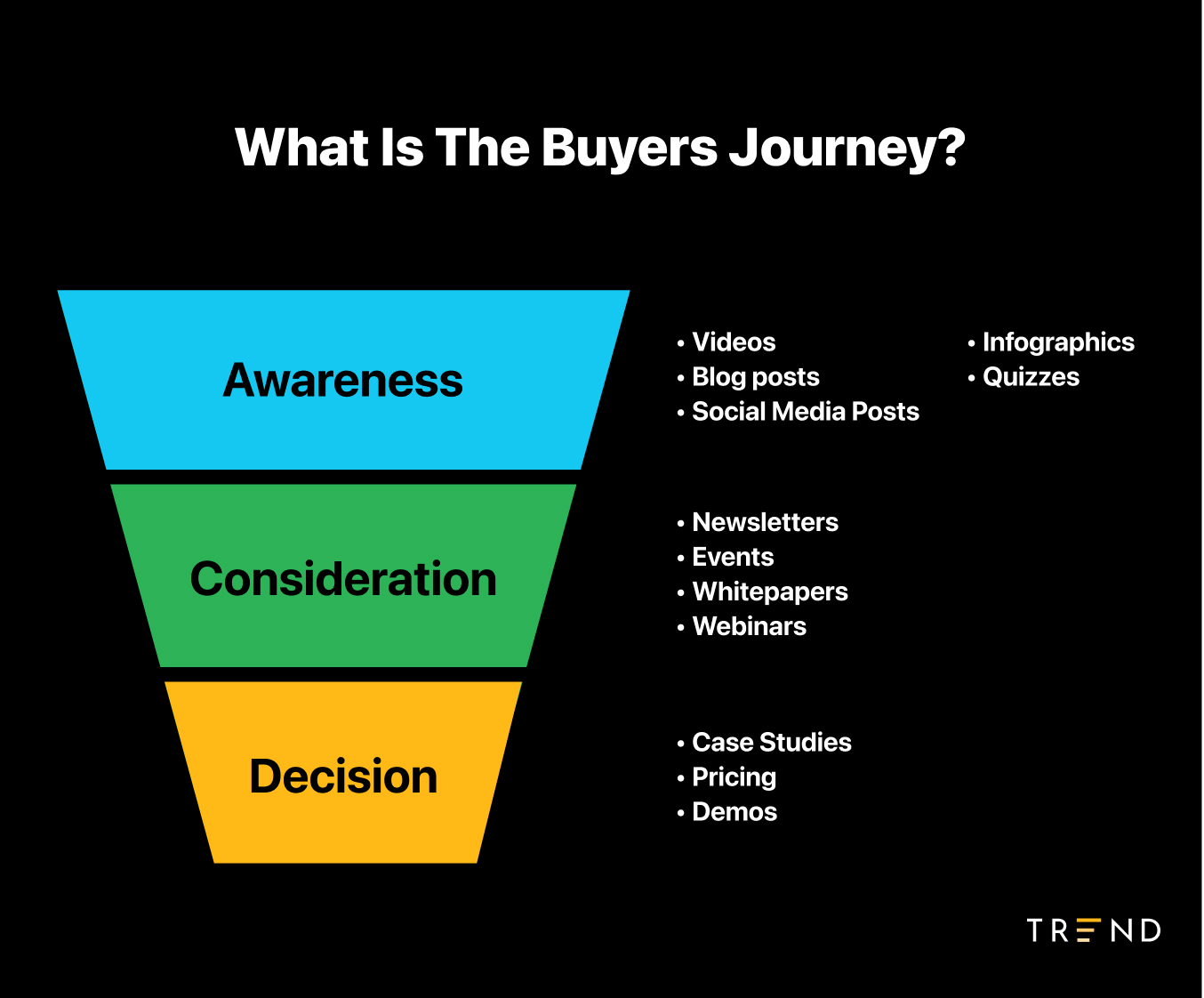 Here’s a quick reference guide to help you pick the right type of influencer for your needs:

Step two - Assign influencers and KOLs to your funnel

You don’t have to do KOL marketing and influencer marketing separately, though. You can assign them to different parts of your funnel, giving consumers appropriate content at every stage of their journey.

Done right, influencer marketing and KOL marketing will generate $6.50 for every $1 you spend on it, so take funneling seriously!

Use your influencers to start conversations and drive awareness. Their opinion might not carry a ton of weight, but at least it puts products on customers’ radar from a person they admire.

From there, you can make more of your marketing budget by bringing in a KOL for bottom-of-the-funnel credibility. Customers get one final push that shows your product is not only liked by people they admire, but that experts recommend it, too.

Since customers are 44% more likely to trust an expert over you, it’s a persuasion double-whammy.

Revamp your influencer marketing efforts with an assist from uber-knowledgeable KOLs. There’s some overlap between influencers and KOL marketing, but you have to know your business needs to pick the right option for you.

But if you choose KOL marketing (and you should), you might wonder how in the world you can get in contact with them. Aren’t these people busy?

Give Trend a try. Our platform connects you with pre-vetted influencers and even KOLs to make the most of your budget. Sign up now for free!